Top 5 International Destinations to Visit in the Month of July

July 12, 2019
A long weekend around the corner in July, but have some fickling plans in July. Not able to decide which locations to explore and where to visit.
How about we tell you, that there are some thrilling and must-visit international locations one can visit on their next long weekend. Yes!! International short trips that will give you all the pleasure, luxury, and relaxation on the coming long weekend and that too without hurting your pockets.
We are here to share some of the hand-picked International locations one can explore and make best out of their long weekends jaunting with their friends and/or family.

Now, about some good International destinations that are pocket-friendly and perfect for a vacation on a long weekend are :
This internationally-renowned place is famed for its breathtaking pink sand beaches, this British territory is not just a two-hour flight journey from Boston, New York or DC, and adding an hour more with the flight from Atlanta and Miami. The best time to visit this beautiful island is in late May when the weather is pretty pleasant and the water is nearly warm. Apart from the spectacular views of the islands and sand, one can also explore some historical places like the well-preserved colonial architecture and paving stone alleys of St. George along with the ancient cannon-laden forts. And, if you are the one who is adventurous; try jet-ski into the Bermuda Triangle. 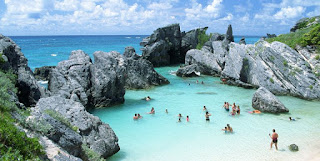 Vancouver is undoubtedly the most beautiful cities in the World having mountains on one side and seaside on the other. The best time to explore this beautiful city is late spring. Living in the Pacific Northwest, it’s a short drive from there, followed by an inexpensive flight to this beautiful city. Around the weekends, laze around the lush gardens with some staggering colors from the flowers blooming, take a romantic walk through the lush Stanley Park. Along with these, encounter some eye-grabbing whale watching and various other city pleasure like World-Class Museums, art, theatre, buying different kinds of stuff, and experience fine-dining. 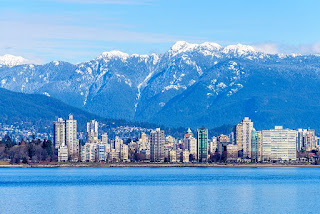 Guatemala can be reached in just three hours from Miami, five hours from New York and another four hours from Dallas. Reach the Guatemala city, and from there it’s just an hour ride in a shuttle to Antigua. This alluring colonial town is safe and absolutely charming to watch its cobbled streets lined with splendid cathedrals, tree-lined park, and many more equally mesmerizing locations. The best part of this place is that it is delightfully tourist crowd-free. 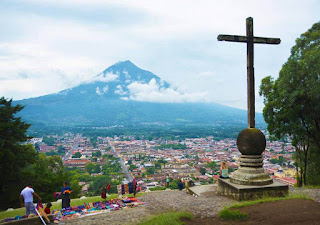 Costa Rica is another striking tropical Central America destination that can be easily reached from any area in the USA. It offers a beautiful jaunt on 800 miles of coastline filled with beguiling beaches and a whole lot more interesting things to explore. This place has its own adventure capital named The Arenal Volcano, with the opportunity to abseil down a waterfall, hike in the jungle while enjoying a breathtaking view of colorful birds, some monkeys, and sloths. 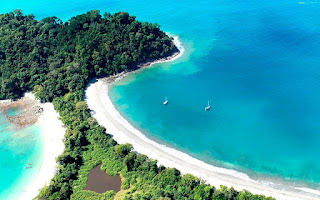 The best thing about this place is, that the flights here are much quicker, like from Atlanta and Miami just three hours and from Houston just two-and-half hours. The best place in the World for snorkeling in the clearest turquoise waters along with an abundance of tropical fishes and other marine life. Belize has many more thrilling and better experiences to offer. 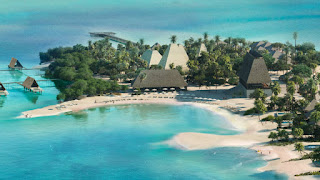 Cartagena is just a three-hour flight from Miami and a five-hour flight from New York. In the midst of the northern coast of Columbia open out over the Carribean, one gets the opportunity to encounter the blue waters with coral reefs edging the white powdery beaches. Get the thrilling experience watching a 500-hundred-year-old Coral Stone Forts and some finest examples of civil and military architecture of the Spanish colonial times. This place is best for all the romantic couples who wish to laze around the colorful structures and cobblestoned streets. 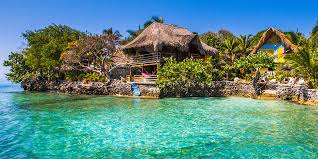 So, here we give you some of many more locations where you can plan your next weekend trip without spending much on the trip.

And, you know the best part of these trips is that all these destinations have accessibility to all the networks, so one can go for unlocking the phone with all the ease with some good third party unlocking services websites like unlock Ninja  and for those who are a dedicated devotee of Samsung phones can get their cell phone network unlocking services from Unlock Ninja.
These both websites provide the par- excellence for unlocking the phones with almost every network, so that all those who have tight budgets for the trip, can save some huge money that anyways could have gone in drain paying those roaming charges.And, remember with all the planning and executions of the trip don’t forget about unlocking the phone from some good sites like UnlockNinja.com and to unlock Samsung phones none other than Samsung Unlocks, and save those extra dollars too!!!     You would also like to read Delhi Magazine's popular post "Celebrities with best hips/Butts".

Popular posts from this blog

August 07, 2019
One desire of every foreign traveler visiting China is to taste the authentic traditional Chinese food as there’s no place other than the host country to provide the true taste of the cuisine. Do you have any travel plans for China? If so, read this piece for the top traditional Chinese food you must try when in China.
Spinach Noodles or bo cai mian: Called bo cai mian in Chinese, spinach noodle is among the famous Chinese dishes of Xi’an. Most noodle joint prepare their boodles from scratch. Spinach noodles are prepared using spinach topped with any ingredient you want. The most popular form is spinach noodles topped with potato, egg, beef, carrots and chili, served in a spicy sauce of tomato.
Fried Mashi or chao ma shi: No, it is not some kind of fried noodles or fried rice but something like gnocchi. A great combination of hot and sweet, fried ma shi is one of the best dishes in a traditional Chinese food menu of a restaurant. The addition of crunchy vegetables gives it a yummy juxta…
Post a Comment
Read more

7 Beautiful Places to Visit in Chennai for an Exciting Celebration

August 01, 2018
Chennaiis located at the South of Indiaand it is one of the metropolitan cities. The place has a vibrant culture with traditional history. There are several tourist attractions and night-out spots to keep the folks and travellers entertained. If you are in Chennai and wish to pursue some unique activities for the evening and night, you should definitely check out the places mentioned below.

Chennai is a cultural hub. It hosts plethora of drama, music, art, and dance shows. The city prides in Bharatnatyam dance and Carnatic music. You can frequent to evening and night shows of performances. Visit Kalakshetra (a cultural centre), it organizes music and dance events by great artists. You can even head to Egmore theatre or Alliance Francaise to watch a play. Music Academy on TTK Road is also a good place for concerts and performances. Thus, by attending cultural shows, you can have a nice moment with your close ones in the night.

Restore yourself with an exciting excursion by thronging to the heart-winning vacationer spots to visit in Ooty, which is otherwise called the Sovereign of Slope Stations in South India.  For flight ticket  booking call AA Customer Service .
Best places to visit in Ooty:
Tea Gardens


Out of the considerable number of spots to visit in Ooty and every one of the exercises to enjoy, outdoors by the Tea Gardens should be over your can list. In case you're a traveler, you can get yourself a nature walk or a climbing background here. For the old soul in you, there are warm campfires that you're certain to construct recollections around. What's more, …
4 comments
Read more